Should You Peel Your Apple or Not?

Home »  Blog »  Should You Peel Your Apple or Not?

Should You Peel Your Apple or Not? 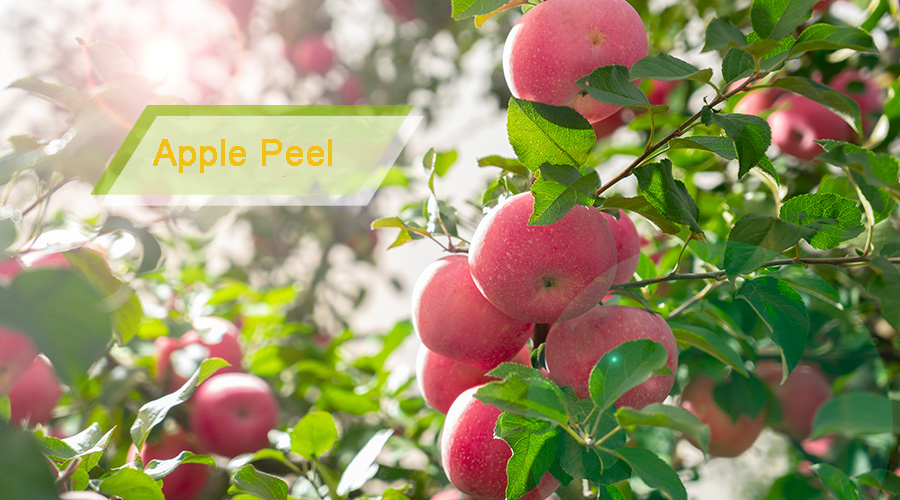 Apples are one of the four major fruits in the world. They are rich in nutrition and sweet and sour taste and are loved by people all over the world. Besides, it occupies a pivotal position in the international fruit market. Most fruits go through a "peeling" process when consumed, and apples are no exception, even though the peel does not have too many negative effects in terms of taste.

The proverb "An apple a day keeps the doctor away" is a simple summary of the health value of apples. This shows that the health benefits of apples were discovered a long time ago. Today, people still believe in the value of apples, but they have inadvertently "left out" the more valuable peel. In recent years, as the research on the peel has intensified, the value of apple peel has been gradually highlighted, as it contains higher levels of phenolic compounds, flavonoids, dietary fiber, and other active ingredients than the pulp, which are expected to be used in functional foods, health foods, and pharmaceuticals.

Here are some apple peel benefits.

Multiple sclerosis is a common demyelinating disease of the central nervous system of unknown origin that occurs in the optic nerve, spinal cord, and brainstem and may present with neuritis, retrobulbar optic neuritis, ocular muscle paralysis, limb paralysis, pyramidal fasciculus, and psychiatric symptoms. The cause of multiple sclerosis is mostly due to the immune system attack on nerve cells. The over-activation of CD4+ T cells, especially Th1 and Th17 subpopulations, is an important cause of the development of multiple sclerosis, which is characterized by multiple foci, remission, and relapsing disease course, and there is no effective cure.

A recent article published in the Proceedings of the National Academy of Sciences of the United States of America suggests that apple peel extract helps fight multiple sclerosis by accelerating the healing of damaged neuronal membranes in mice, making immune cells less likely to attack brain tissue, while helping the transition to the chronic stage of the disease, acting as both an immunosuppressive and neurorestorative agent.

Aging is a progressive decrease in the physiological and psychological adaptability of the aging organism to the environment and a gradual tendency to die. Even in a healthy state, the aging of the organism continues, and its manifestation is mainly the aging of cells, which leads to the decline of organism and organ functions. Nowadays, there are many theories of aging, because the aging process is very complex, and it is difficult to deduce the whole process by one theory, among which the free radical theory is one of the frequently mentioned theories of aging.

The free radical theory believes that aging is caused by free radicals generated during normal cell metabolism. The accumulation of free radicals generated during cell metabolism results in continuous harmful effects on cells, which can cause DNA damage and lead to mutations and induce tumor formation. Therefore, raising the antioxidant level in the body is an important way to slow down the aging process. Apple peel contains a large amount of antioxidant phenolic compounds, which can significantly reduce the level of free radicals in the body and improve cellular health.

Nature Medicine published a study reporting that when a drug containing dasatinib and apple extract quercetin was given to aged mice between 24 and 27 months of age, these mice showed a 30 to 100 percent increase in speed, endurance, and strength, and their remaining lifespan was 36 percent longer than those of unadministered aged mice.

Type 2 diabetes is a phenomenon of elevated blood glucose caused by insufficient insulin secretion or insulin resistance and is associated with numerous factors such as genetics, environment, diet, and disease. High lipid is one of the causes of type 2 diabetes and the primary risk factor for myocardial infarction in diabetic patients. Control of lipid is beneficial to reduce the incidence of type 2 diabetes to some extent.

Studies have pointed out that apple peel extract can reduce the development of high-fat-induced insulin resistance and other metabolic complications, help establish the balance of the internal environment of glucose and insulin, improve the body's tolerance to glucose and insulin sensitivity, and can improve the condition of high-fat-induced diabetes. Also, apple peel extract contains certain levels of alpha-glucosidase inhibitors, which can also play a role in lowering blood sugar.

What the hell is apple "wax"

For some time, fruit waxing has become a hot topic on the street, and many consumers think that the shiny fruit is "waxed", which is probably one of the important reasons why apple peels are discarded. In fact, there is a layer of wax on the apple peel itself, which is actually a natural ester component that prevents the invasion of external microorganisms and pesticides into the flesh and is harmless to humans.

There is also a wax that is artificially added as an edible wax, including moringa fatty acid salts and Brazilian carnauba wax, which is an additive that can be used to preserve the freshness of fruits. This additive can improve the selling and storage period of fruits, and it is also harmless to the human body, but its cost is also higher, so it is mostly used on some imported fruits. USDA's estimated data shows that the estimated production of apples in China in 2017/18 is 44.5 million tons, accounting for 57.6% of global production, such a huge production base that waxing is unrealistic.

In the early agricultural environment, pesticide residues were a major potential risk to the peel. But with the improvement of agricultural production, the use and toxicity of pesticides have dropped significantly, coupled with the popularity and development of bagging technology, the risk of pesticide residues on apple peels is already very low, and the daily cleaning process is sufficient to achieve safe consumption standards. Then there is the issue of "industrial wax" often mentioned by consumers, which is harmful to the human body. However, in recent years, there have been no reports of industrial waxes in food safety sampling. Therefore, apple peels are relatively safe for consumption. Considering the health effects of apple peels again, do you still want to discard them?