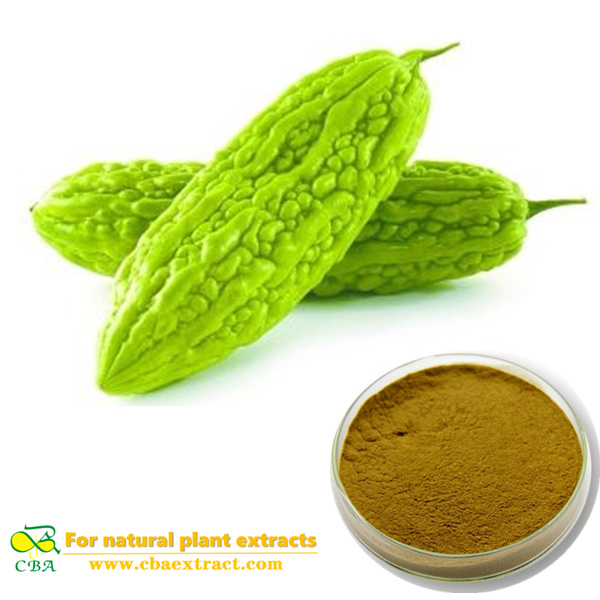 Balsam pear contains steroidal saponins such as bitter melon, insulin-like peptides and alkaloids, these substances give bitter gourd hypoglycemic activity. Momordicin stimulates the release of insulin and blocks the formation of glucose in the bloodstream, which may play a significant role in the treatment of diabetes, especially non-insulin-dependent diabetes mellitus. The hypoglycemic function is due to two substances:

(1) bitter melon - a bitter gourd fruit ethanol extract obtained in the crystalline material. Bitter melon in the control dose of 50mg / kg in the case of a total of 42% of the total number of rabbits in vivo blood sugar. Momordicin showed pancreatic and outer pancreatic effects, and a slight spasm and anticholinergic effect.

(2) P-insulin (or v-insulin, because it is plant insulin). Its structure for the macromolecular peptide configuration, and pharmacologically close to bovine insulin. P-insulin consists of two peptide chains linked by disulfide bonds. Subcutaneous and intramuscular administration of P-insulin in diabetic patients has hypoglycemic effects, and its effect is different from that of bovine insulin after 2 hours, after 4-8 hours. Bitter gourd standard extract has been shown to be effective for psoriasis, cancer-induced susceptibility to neurological complications, and may delay the onset of cataract or retinopathy and destroy the virus by destroying viral DNA. Its anti-cancer properties in part because of its role in promoting immune function. Studies have shown that bitter gourd extracts inhibit lymphocyte proliferation and macrophage and lymphocyte activity.