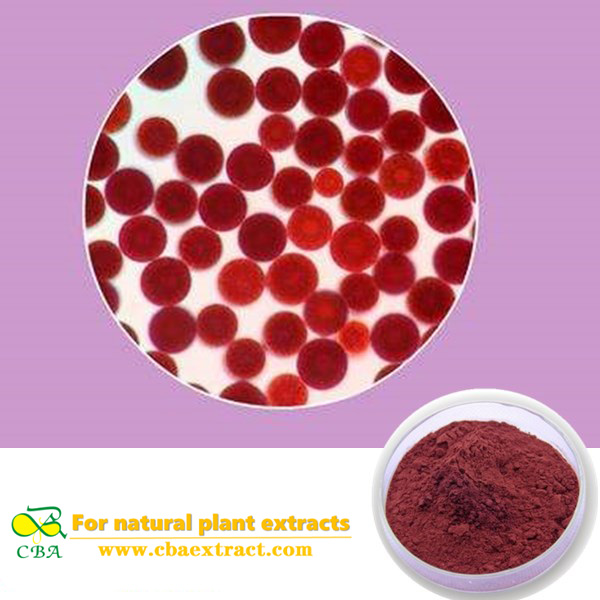 Astaxanthin is found in microalgae, yeast, salmon, trout, krill, shrimp, crayfish, crustaceans, and the feathers of some birds. It provides the red color of salmon meat and the red color of cooked shellfish.

Astaxanthin, unlike several carotenes and one other known carotenoid, is not converted to vitamin A in the human body. Like other carotenoids, astaxanthin has self-limited absorption orally and such low toxicity by mouth that no toxic syndrome is known. It is an antioxidant with a slightly lower antioxidant activity in some model systems than other carotenoids. However, in living organisms the free-radical terminating effectiveness of each carotenoid is heavily modified by its lipid solubility, and thus varies with the type of system being protected.

While astaxanthin is a natural nutritional component, it can also be used as a food supplement. The supplement is intended for human, animal, and aquaculture consumption. The commercial production of astaxanthin comes from both natural and synthetic sources.

Astaxanthin is used for treating Alzheimer's disease, Parkinson's disease, “brain attack” (stroke), high cholesterol, and an eye condition called agerelated macular degeneration (AMD). It is also used for preventing cancer.Astaxanthin is applied directly to the skin for protection against sunburn.

1;Used in food and health care products as additive.

2.It is also can be used as animal feed additive to impart coloration, including farm-raised salmon and egg yolks.

3.Due to the functions of prevent cancer, resist cancer,and anti-oxidant, astaxanthin is widely used in pharmaceutical field.

4.Used in cosmetics because of its property of Antioxidant and UV protection.