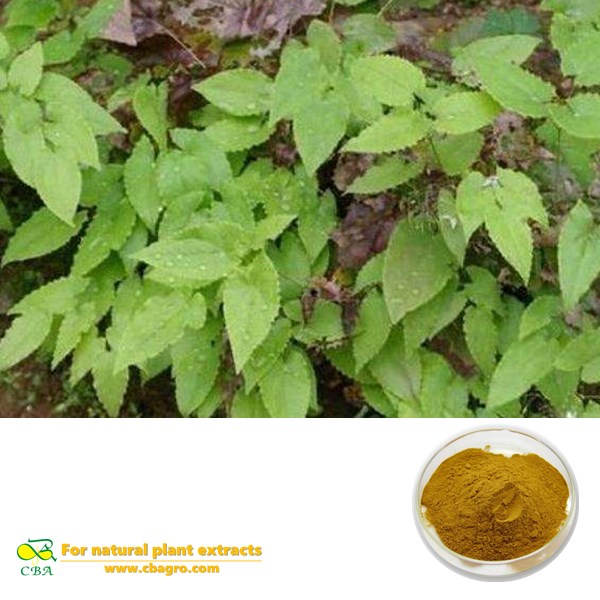 Epimedium extract offers effective support in conditions that result from kidney yang deficiency, such as impotence and chronic prostatitis in males, and irregular menses, infertility and menopause in females. Epimedium extract glycosides help to tonify and regulate both androgenic and estrogenic reproductive functions. have aphrodisiac properties in males, increasing the production of sperm, stimulating the sensing nerves, and indirectly promoting sexual desire. Epimedium extract is ideal for adding to sexual enhancement formulas.

For the detailed information of dosage, Please consult with your doctor, pharmacist or supplier of your products.